This is an objective test that gives us a recording of the electrical activity of the visual pathway. The patient has electrodes placed in the head and is asked to look at a TV type of display with a checkerboard or a flash light. A recording is generated by this display /flash that appears as a wave. Measuring the wave characteristics we can infer what part of the visual pathway may be causing the loss of visual field. The multifocal VEP creates about 60 potentials mapping smaller areas of the nerve and giving a more detailed finding of a problem with conduction of nerve impulses. In Multiple Ssclerosis patients characteristically show a DELAYED impulse response on the VEP and the Mf VEP due to the myelin being affected [myelin is the insulator of the nerve. 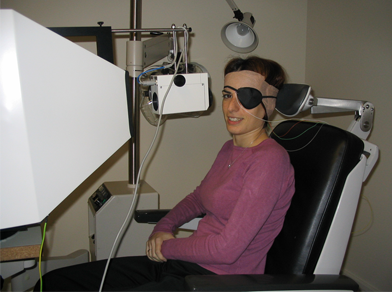 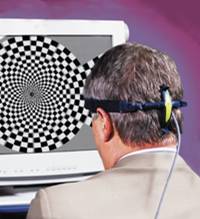 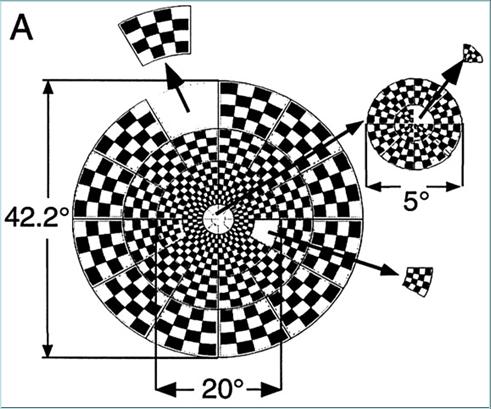 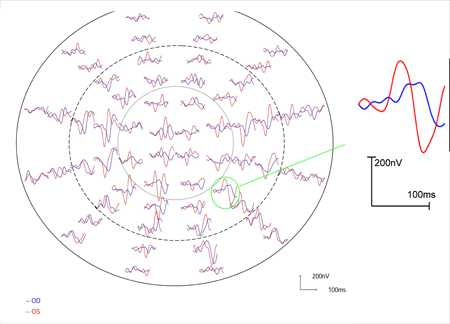 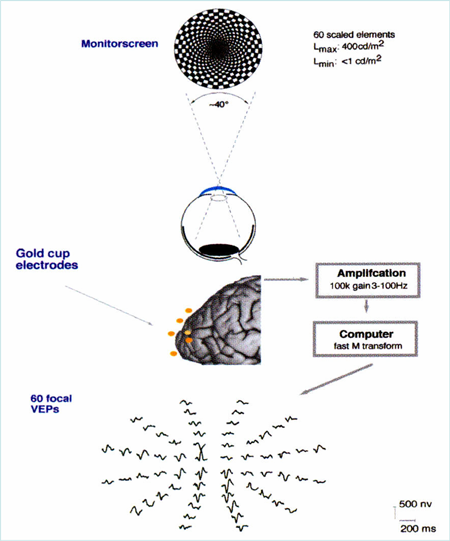